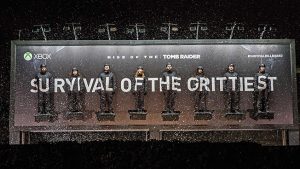 Xbox’s launch of Rise of the Tomb Raider was not only insanely creative, but shows how impactful the union between all forms of advertising can be.

Competing in any market in this day and age is tough, and the gaming world is no exception. Xbox used multiple advertising platforms to ensure their game, Rise of the Tomb Raider, was memorable and relevant. In the spirit of reality T.V. shows like Survivor, their efforts called on public involvement, resulting in a campaign that was a huge success across all media outlets.

The search for eight hard-core Tomb Raider fans began with posters, social media, and radio spots. The lucky—or maybe not-so-lucky—eight were selected to become a living piece of a billboard, but that was just the beginning. Harsh and chilling weather conditions rained down on the contestants, making the billboard more like a movie set. Said conditions were selected in real time through online voting, bringing another level of public involvement into the campaign. The last contestant standing was declared the winner, and certainly earned their bragging rights.

Pairing all forms of advertising in such a compelling way scores a huge ROI. Want to read more? Check out Adweek’s interview with Lolly Thomson, co-president and chief creative officer at McCann London, the brains behind this gritty and wildly popular campaign. 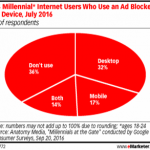 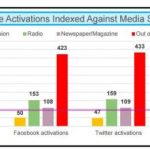